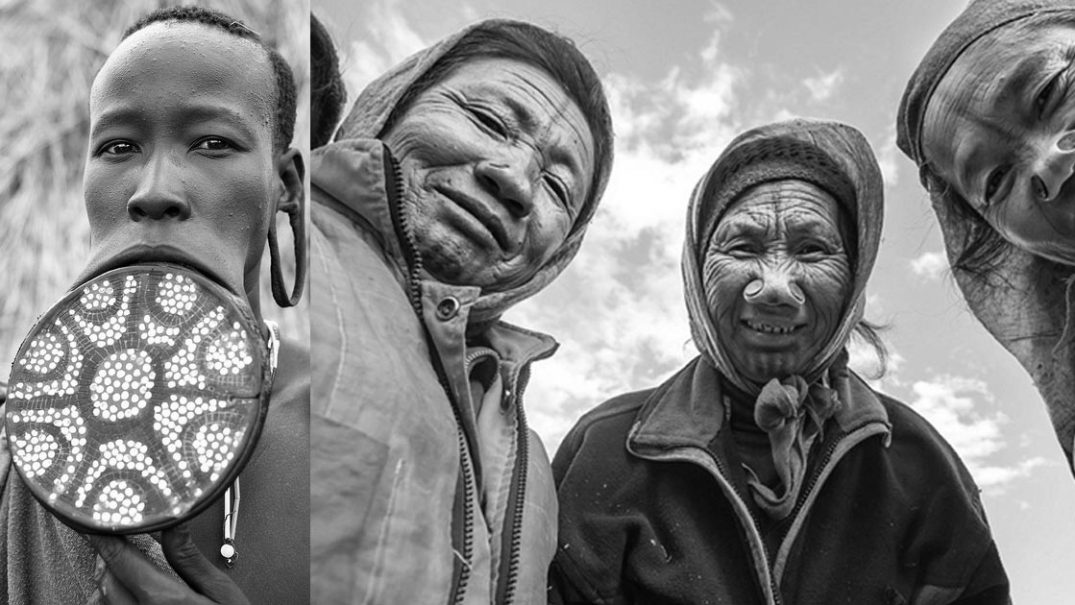 Body piercings are many things to many people. For some it’s a signature fashion statement, others take it to be an ideal aphrodisiac, and another group it is a valid means of showcasing their inner weird. And we say weird we are not talking about five medusa piercings weird, rather we are referring to mind-boggling, and eye-catching weird, the kind that leaves you wondering – where did the inspiration for this come from? The inspiration for the world’s many bizarre body piercing cultures come from a variety of sources the bulk of which we cannot go on to itemize here. What we do have prepared for you is a summation of the top five piercing cultures that have so far caused us to shudder in disbelief. 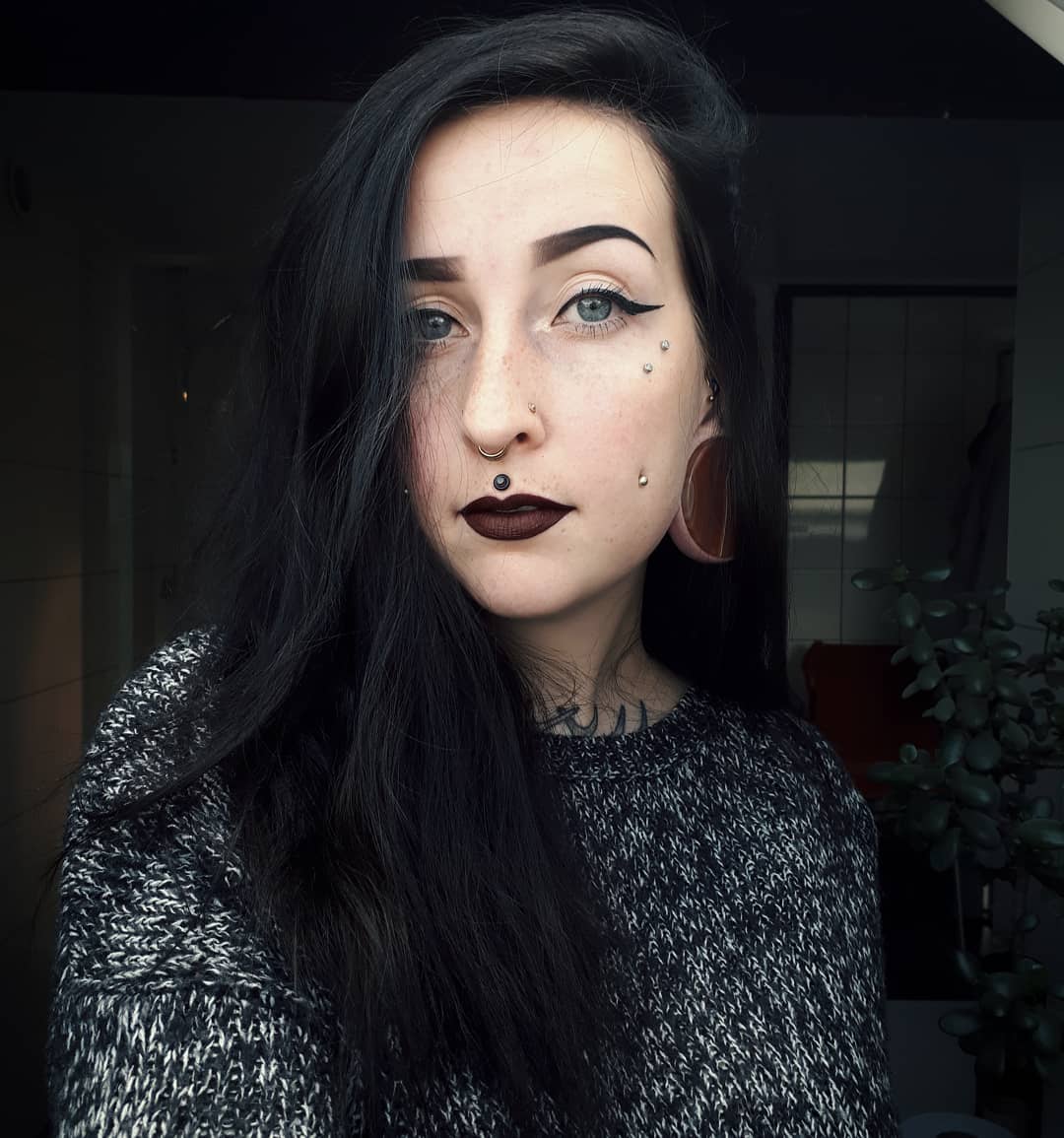 Stretched ears and the seemingly overbearing jewelry they carry are a common sight in today’s world. From the Huaorani tribes of the Amazon Basin to the Masai tribe of Northern Africa this extreme piercing forms an integral component of rural traditions. Its widespread adoption, however, takes nothing away from the obscene look it affords many of its patriotic wearers. Even in urban centers, a growing number of rad piercing enthusiasts have taken a liking for ear stretching and not just because it fits the tag of edgy. For the Huaorani and Masai tribes, stretched ears are thought to chase off evil, and increase sexual performance. It seems as though urban dwellers are beginning to take a leaf out of the book of traditional superstition. 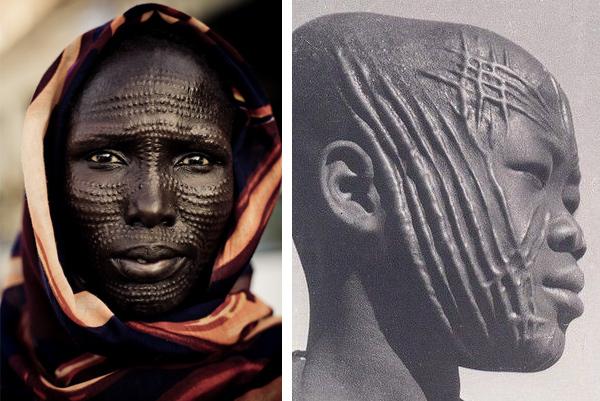 While modern-day piercing enthusiasts might be tempted to stretch their ears, one weird piercing culture they most certainly will run from is the supposed art of facial scarification. This practice is native to the Dinka tribe of South Sudan. Its gory and painful nature is well illustrated in the name scarification, and worse still children are expected to undergo the procedure without flinching or risk attracting the scorn of the community. 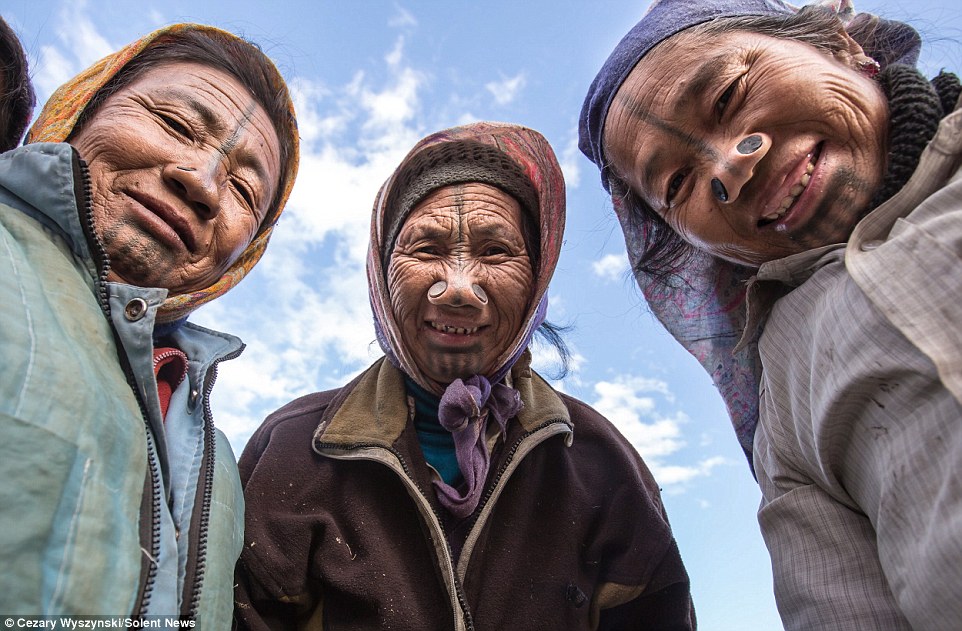 For the Apatani people of northeast India guaranteeing the fidelity of your spouse is a matter of extending her nostrils and gorging them up with bland looking wooden plugs. The story goes like this, long ago Apatani women were considered the most beautiful of all women in the Arunachal tribes. In a time when war and invasions were a societal constant, jealous (or maybe just concerned) Apatani men thought to themselves; let’s make our wives unattractive in the eyes of the invaders as a deterrent to kidnapping. Viola! Nose stretching became a tradition. Thankfully the younger generations have since abolished this culture. 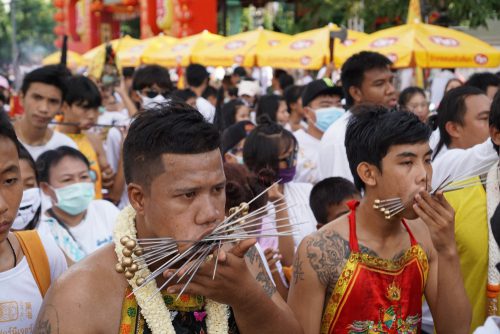 If you thought this was a feast of lettuces, spinach and all thing leafy for vegetarians, then brace yourself. Very contrary to its name the vegetarian festival hosted annually in Phuket China is a rite of passage for young adults to show that have come of age.

The challenge, pass insanely large body jewelry (or anything capable of inflicting pain) through your body piercings. The look on the faces of Phuket’s young adult as the festival progresses paints a sordid picture of why you don’t want to have a taste of this piercing culture 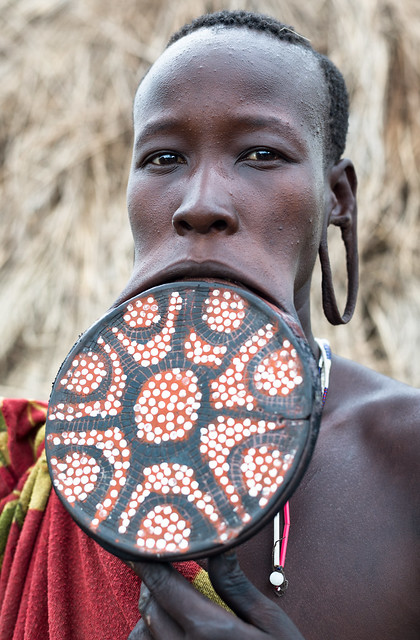 Like ear stretching, the practice of using lip piercings is relatively common. Archaeological evidence shows that labret piercings were existent in regions of Sudan, Ethiopia, and Ecuador way back in prehistoric times. It only gets weird when the people of Sara and Lobi, two indigenous tribes of Africa take it to the extreme. Extreme in this case meaning a piercing of the upper or lower lip (or both), removal of the lower two teeth and then stretching of the pierced lip to exceedingly great lengths. It’s not particularly nice to look at, but for these individuals, this is a cultural practice that must be upheld regardless of the outcome to their faces.