The piercing style your favorite celebrities are wearing 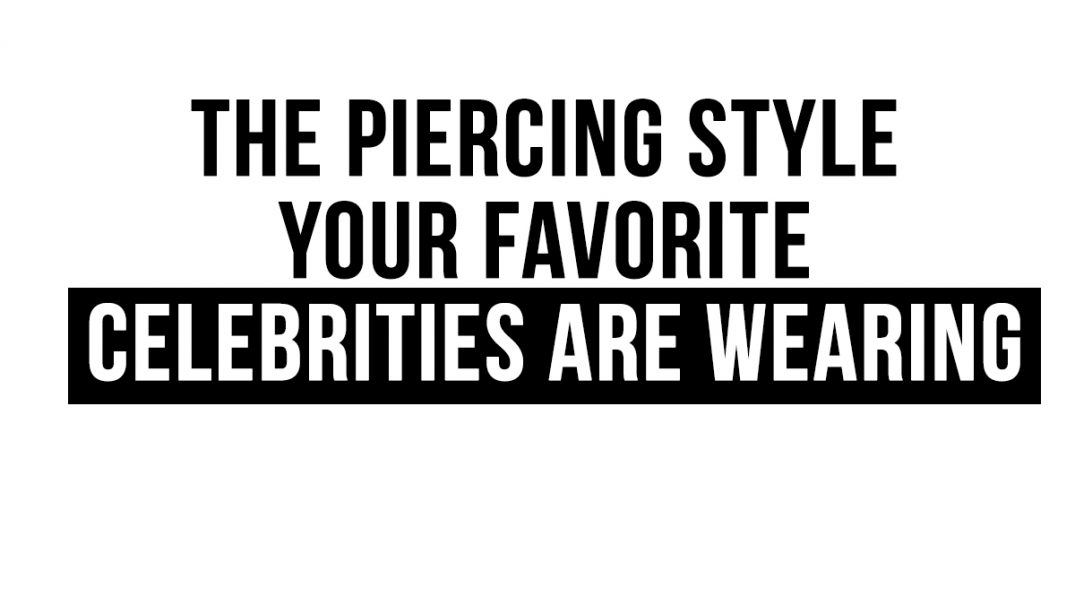 Call it rad, a fad, a fashion statement or a way of life and you’d be semi-right; body piercings go by a bevy of names, each of which describes the many roles (sometimes controversial) they have assumed in the lives of enthusiasts the world over. For some celebrities, they can be a way to stand out from the crowd, something that brings the extra glitz and glam, for others they are merely an extension of their inner personas. Regardless of the reason for spotting one, celebrities have never fallen shy of using piercings – from Rihanna’s always on trend nipple piercings, to the rather bodacious prince Albert piercing of Leny Kravitz – it’s hard to find a mainstream celebrity without a matching body piercing. If you’re like us and in the business of borrowing one or two style secrets from stars, that’s good news. Among the assortment of piercings from our favorite celebrities, here are our top picks

Virtually everyone knows Amber Rose, the actor, turn fashion designer and model caught our gazes when she appeared in Ludacris’s ‘What them Girls Like’ in 2008. What most people don’t know however about this model and her faux blond hairstyle is that she has two nipple piercings, which we must say are exquisitely fitting to her physique. Amber routinely passes off glimpses of these piercings in her braless curve attenuating dresses, and famous see-through shirts on Instagram. For someone with a body like hers, it’d be a crime not to post those magnificently alluring pictures

No celebrity-piercing list would be at all complete without a mention of Rihanna and her drop-dead gorgeous nipple, septum and tragus piercings. They’re every shade of sexy, and Rihanna knows just how well we love seeing them. The hit pop star is not shy to parade her piercings whenever she deems it fit. From see-through to mesh tops, you name it, this musician goes the extra mile to treat her fans to titillating views of her many piercings, and we love it!

Scarlett is not your everyday Hollywood bad girl she’s more of your typical Hollywood muse. And while her septum ring is not particularly radical, naughty or edgy, it’s got enough sauce for her fans to continue musing till eternity. However, fans aren’t the only ones grabbing piercing style inspiration from Scarlett. Shortly after debuting her septum piercing, several other A-list celebrities including Jessica Biel followed suit with the septum movement. Even though in the case of the latter it was more fake than real, Scarlett no doubt opened a new chapter for the widely criticized septum ring.

Simple, elegant and of course sexy, three words to describe Zayn Malik and his adorable earlobe piercings. If Zayn’s piercings remind us of anything, it’s that males can also rock trendy piercings while retaining a cute and sexy look. Yes, it’s not always about the edge and radicalness with piercings, there’s a refreshing side to piercings too, just make sure you have a face that’s as cute as Zayn Malik or at least something similar!

What Type of Nose Ring Should I Get?

How to Clean Your Piercings

4 Piercings Ranked from Least Painful to Most Painful