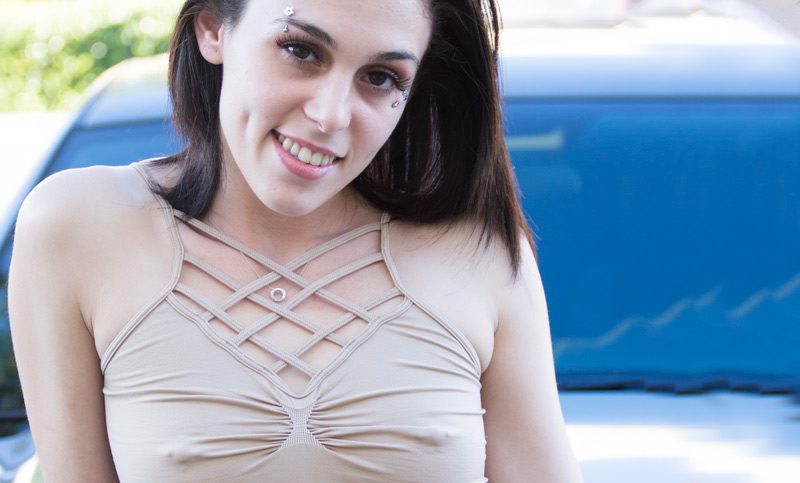 Ever heard of the phrase bold and beautiful? Well, in the world of piercings and body art, very few things scream bold and intriguingly beautiful as a nipple piercing. Sophisticated, endearing and enchanting, nipple piercings are for many the total depiction of ultimate body art with a twist of sensualism. Yet, their esoteric nature makes this piercing style too much of a murky area, especially for piercing newbies.

Don’t worry it’s perfectly normal if you need to know a thing or two about nipple piercings before committing to them. After all, you’re piercing one of the most intimate parts of your body, no need to rush. This piece will get you up to speed with all the nipple piercing essentials.

From Amber Rose to Kylie, to Bella Hadid, to Kristen Stewart, the roll called of A- list celebrities currently rocking nipple piercings is almost endless. And that’s because aside from the sophistication it adds to your personality, nipple piercings are also a huge fashion statement. Granted, no one gets to see them when they remain under your dress, but if they ever come up for display under a fitted swimsuit or something of the sort, rest assured that they will be a head turner.

You’re probably thinking; a needle going right through my nipples, that’s gotta hurt. Why yes, it will hurt but not as much as your scared mind would have you believe. To put facts down; nipples are lined with a lot of nerve endings, which means they are more sensitive to pain (or pleasure). That being said, in the hands of a skilled body piercing artist, the pain should be more than bearable. And it probably won’t last more than a blink of an eye too.

After the piercing, there’s bound to be some soreness, but with the right aftercare regime this should wane out in no time as well.

For the added pizzazz and flair, you would want to settle for nipple rings as your final nipple piercing jewelry. They elaborate that sexy feel nipple piercings are supposed to conjure. You’re also more likely to get a lot of variety in style and colors with nipple rings.

If you won’t be wearing loose clothing immediately after your piercing (while it is healing), you might want to hold off on the nipple rings and stick with barbells though. Reason being that the latter is less likely to entangle with your clothes and affect your piercing. Once healing is complete, you can then proceed to make the switch to your more glamourous nipple rings.

So important that the fate of your nipple piercing depends on it. With the right aftercare you effectively avoid cases of infections, poor healing, and unnecessary scar formation, so your wounds heals up nice and healthily.

The average time for complete healing ranges from 6 months to a year. During this period it is essential that you stick with your piercing aftercare regime. One mistake people make is to slack off on aftercare once the nipple piercing starts looking good. While it might seem fully healed on the outside, the process might not be complete internally where it matters most. So make sure to keep your hands (and that of your significant other) off them till you’re more than certain that healing is complete.

That about sums it up for a beginners guide to nipple piercings. Feel free to check out our page on aftercare for a detailed exposition on how to care for your nipple piercing if you do decide to get one.