Dermal piercings have been popular for a number of years now, and when you see them up close and in person, it’s easy to understand why. People often confuse dermal piercings with regular piercings, but in reality they’re two very different things entirely. Dermal piercings for example, are referred to as surface body piercings, which means that only one end of the piercing is able to protrude from the skin itself. Some people refer to them as single point piercings, as again, because only one end pierces the skin. Dermal piercings and implants are now more popular than ever before, which is why they’re constantly evolving and improving. The latest dermal piercing incarnation is one which is known as microdermal implants, which is what we’ll be focusing on here by proving you with a quick guide, listing everything you need to know about microdermal implants.

What are microdermal implants? – Microdermal implants, also known as single point piercings, are basically a form of dermal piercing, designed to be much smaller, meaning that they’re considered much more subtle. In the past, dermal piercings were mainly considered popular amongst the very extreme body modifier, due mainly to the fact that the piercings were so large. Microdermals however, have changed all that, meaning that dermal piercings and anchors are now available to even the more conservative of body art enthusiast. These piercings are small, they’re simple to implant, they’re easy to access, and, they’re simple to implant, making them a firm favorite. Their anchors are basically flat pieces of metal which will stick out like a foot, holding the implants firmly in place. nowadays, to help enhance the healing process, microdermal implant anchors are designed with tiny holes punched in them, which will allow the surrounding tissue to envelop around the anchor when it heals, which in turn will help it to breathe and will provide a much firmer grip.

How are microdermal implants inserted? – Basically there are two main ways in which microdermal piercings can be implanted into the skin: via a regular everyday piercing needle, or by using what is known as a dermal punch. Dermal punches are the more common method of the two, though opinions appear to be divided upon what the most effective method is. Some prefer the dermal punch because they feel that it is less stressful and more pain-free, whereas others prefer regular piercing needles because they greatly reduce the risk of infection setting in (providing they’re properly sterilized of course). In the US, some states have actually banned the use of dermal punches, which means that a piercing needle is the only option.

Which jewelery is available? – With microdermal implants, the most common and popular types of metal are either titanium, or stainless steel. Of the two, titanium is the most common and is therefore preferred, because statistically, it has a much lower rejection rate compared with other metals, including stainless steel. Put simply, your body is less likely to reject a titanium microdermal implant compared with an implant made from other materials. As far as sizes go, there is generally one size available, though there are many different types, styles, color, and design of jewel to select from. The visible jewel on the skin is what catches the eye, so bright colors and bold designs are very popular. Other popular types and styles of microdermal implant include:

Skin divers – These types of implant are very similar to the standard microdermal anchor, except that rather than having a long base, they have a small and pointed base in the shape of an arrow instead. This base will be the same size as the actual gem itself. As there are no holes, removing skin divers is much simpler and quicker, and causes less damage to surrounding tissue. The main issue with skin divers, is the fact that the tops can’t be screwed on or off, so you can’t change the jewel as simply as with a basic anchor.

Skin diver wheels – These are basically considered a hybrid of standard microdermal implant anchors, and skin divers. The stem (ankle) is the same, but the base is different, in the shape of a wheel, hence the name. There are large holes on the base of these implants, allowing the tissue to grow through and anchor itself securely. The top is also interchangeable.

Why are microdermal implants so popular? – There are a number of different reasons why microdermal implants are considered so popular, though the two main reasons are: the fact that the piercing can be implanted onto virtually any flat surface on the body, and the fact that changing the jewel head is considered so simple. As the jewel just screws onto and off of the anchor, you can easily change the type of jewel you wish to wear that day, with minimum time and effort. 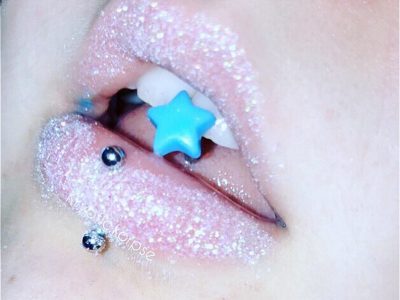 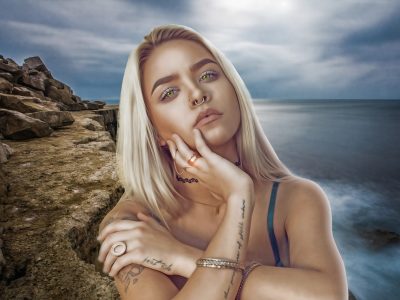 #TBT : A Year of Piercing Trends in Review