bodyjewelry
Uncategorized
Comments Off on Body Piercing Facts and Secrets 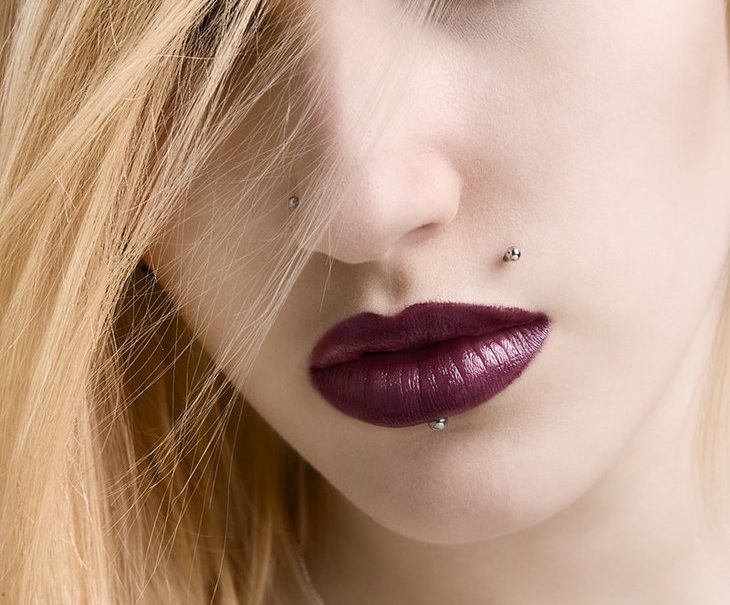 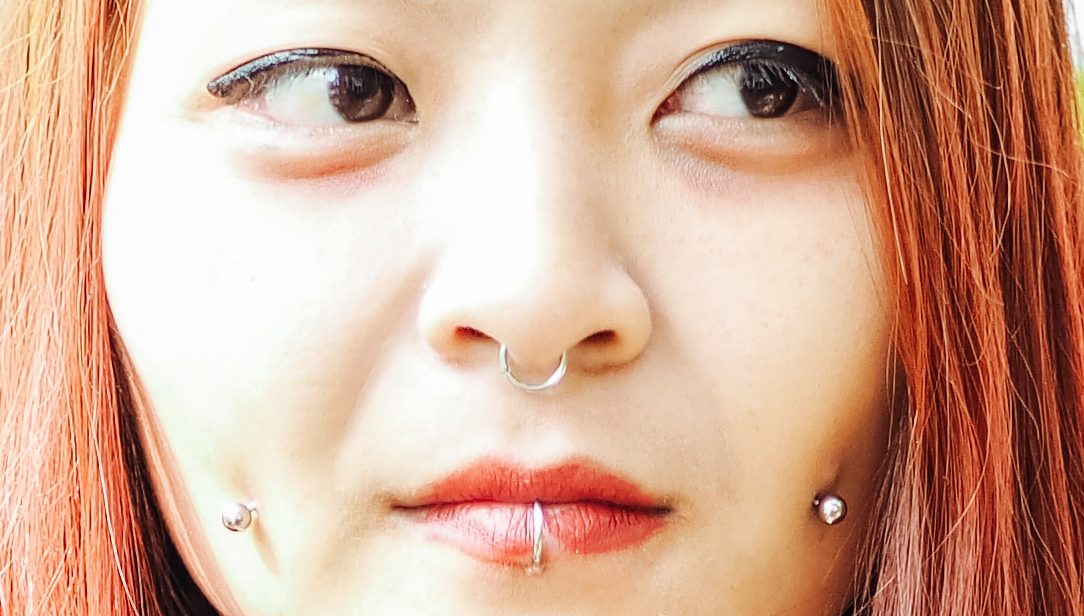 Body piercing is a genre of body art that predates to prehistoric times; it entails piercing through a part of the body to create a channel for an ornament or jewelry to be worn. Apart from being a form of fashion and style statement, body piercings have provided individuals of different age groups with an avenue to express themselves. A practice that was once ascribed to hippies and rockers, this form of art has evolved and transcended several generations to attain universal appeal/acceptance and unparalleled popularity among the various kinds of body modification enthusiasts.

As an art body, piercing is one that is shrouded by an air of mysticism and skepticism; this article looks to bring to light the undiluted facts and secrets of this beautiful trend that has adorned the bodies of enthusiasts and new arrivals alike. 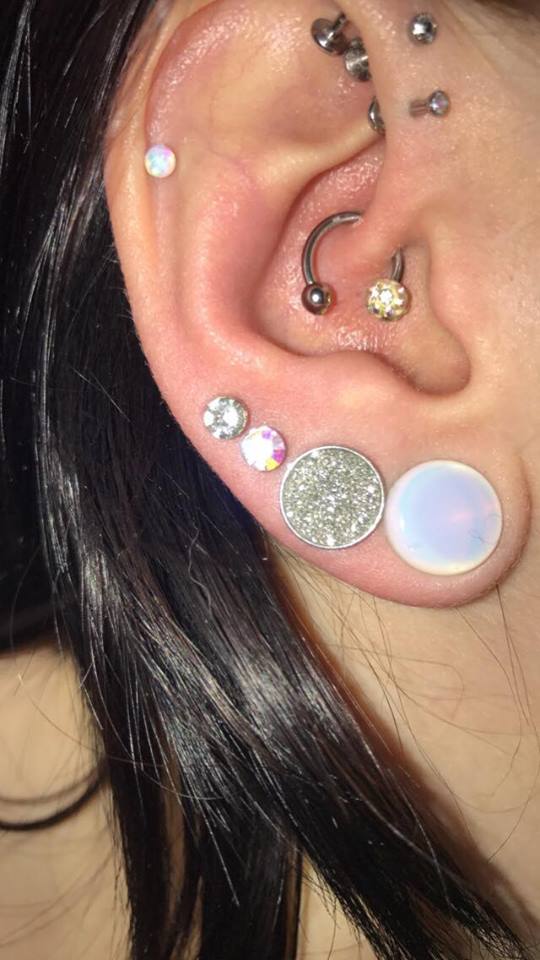 The Earlobe is the most common site for body piercings, with most newbies to the art of body piercing choosing this part of the body over others. Only about 14% of body piercers have their piercings at another location other than their earlobes. This art of Ear piercing can be traced as far back as 2500 BC, and according to the BBC, mummies of prehistoric times have also been spotted with stretched earlobes indicating the use of ear studs.

Still on Ear piercing; although the practice is considered to be more mainstream among the female folk, influential men in history, like Frank Drake, Roman Emperor Julius Cesar, and even William Shakespeare were spotted with elaborated earrings and ornaments.

According to an English survey, 10% of females over 16 years of age have had piercings at other sites of their body other than the earlobes, with the next most pierced site being the Navel, followed by the nose and then other parts of the ear (excluding the earlobe).

Which Country has the Highest Piercing Population?

The country with the highest gross number of piercings is Scotland, and according to the Guinness book of records, Elaine Davidson is the woman with the most body piercings with more 9000 confirmed piercings. Strange right? It gets weirder, unlike other women who choose the earlobe as their most preferred site for body piercing Elaine has more piercings on her genitalia than any other part. 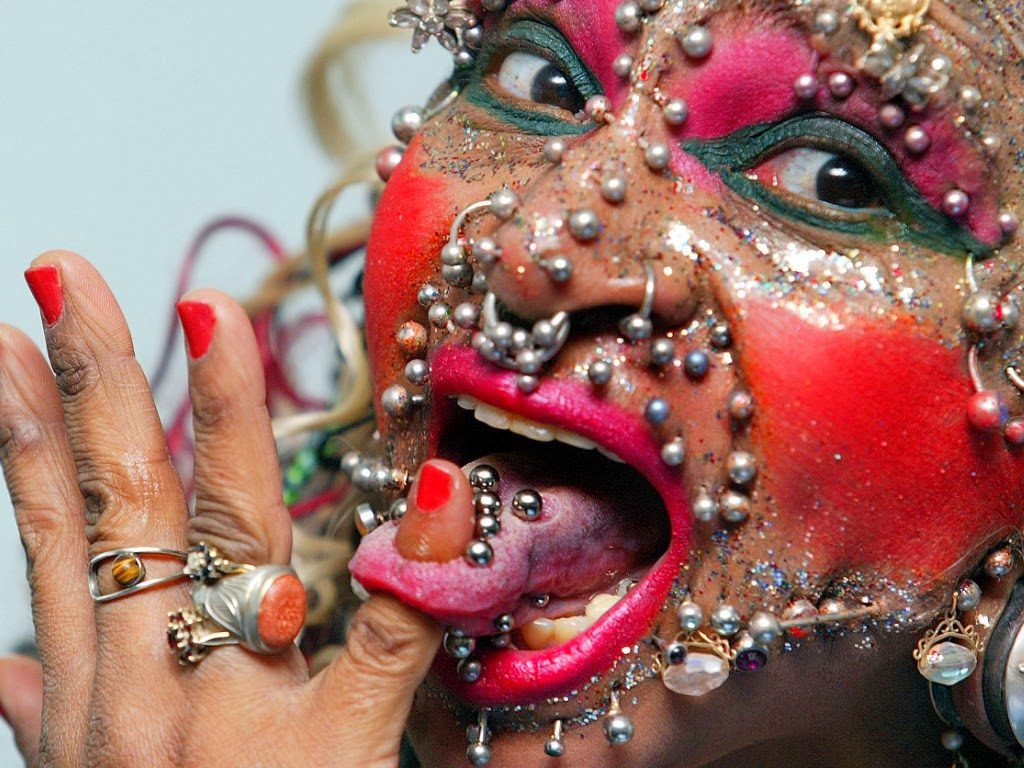 The average legal age that permits individuals to get a piercing is 18, with some countries allowing it at the age of 16 albeit with the consent of the subject’s parents or guardians. It is illegal for individuals lower than this age to get a body piercing, and at one point the city of Massachusetts out rightly placed a ban on body piercing though this was overturned in 2000. 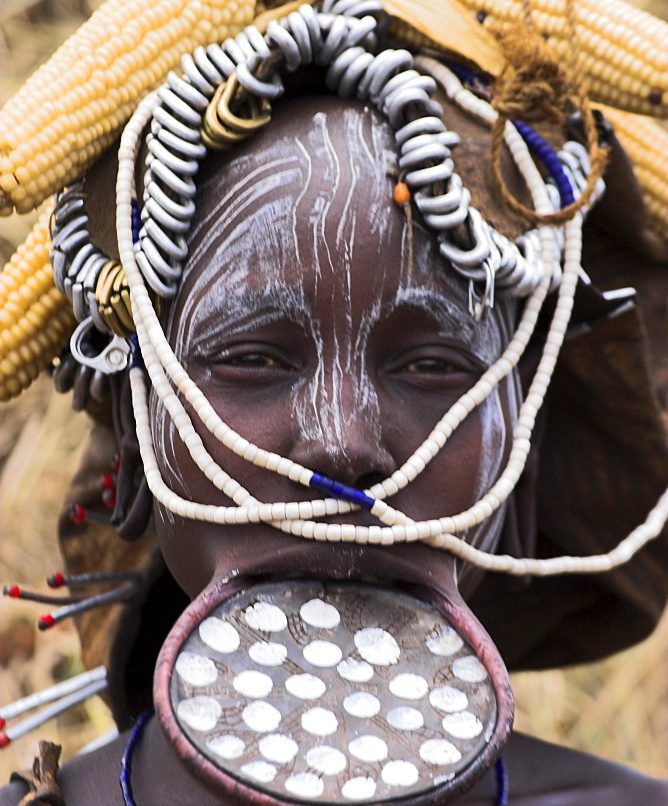 The Masai People of Kenya engage in an elaborate kind of lip piercing where the individual starting from childhood, progressively insert enlarged plates on the lower lip, thus gradually increasing the diameter of the piercing.  At adulthood, this piercing could be well over 15 centimeters in diameter. In certain Asian cultures also, extreme piercings that inflict pain are performed on individuals as a way of seeking self-mortification and cleansing.

The not so secret, Secrets

Drawing cues from acupuncture earlobe piercing at an early age is thought to be highly beneficial. In the field of acupressure, it is believed that the ears houses certain meridian points that link the right and left cerebral hemispheres of the human brain, and stimulation of these points promote the rapid and optimal development of the brain.

Another school of thought holds up the belief that if done at an early enough age the earlobe piercing greatly reduces the incidence of eye, throat and tongue related impediments. This is also based on the rudiments of acupressure where it is believed that the certain areas called the master and sensorial and cerebral points have direct impacts on both visual acuity and sound hearing.

Several individuals have reported a Kama Sutra-like effect of piercings on the nipples. It is thought that nipple piercings apart from giving a youthful exuberance to the female breast also increases its sensitivity thus allowing for greater stimulation during sex. This same fact holds true for oral piercings as they heighten an individual’s sensitivity to oral sex.

According to Shushruta Samhita, an ancient Sanskrit text on medicine and health, piercing at specific points of the body helps in preventing the occurrence of several mental disorders that include, hysteria, Obsessive Compulsive Disorder (OCD), anxiety and also depression.

Nose Piercing, a very common practice in India is also believed to herald medical benefits; in Ayurvedic therapy, it is thought that the nose houses specific node points that when pierced substantially diminishes the pain and cramps that accompany monthly menstrual periods in women.[/vc_column_text][/vc_column][/vc_row]